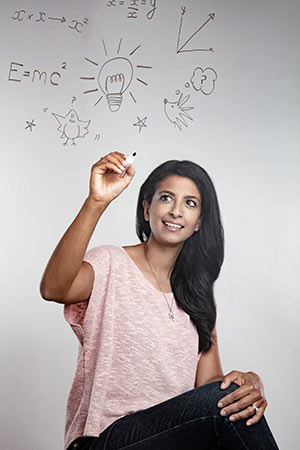 Konnie Huq is best known for being the longest serving member of the Blue Peter team (she finally managed to beat Val Singelton’s record) and has recently started presenting The Tube on Channel 4 Radio. She has an Economics degree from Cambridge and her extensive television work extends beyond children’s television and includes co- presenting the CBBC’s UK Top 40 between 2002 and 2004.

She presented Guinness World Records Smashed with Steve Jones on Sky1 and has even attempted some records herself, including moonwalking and trampolining. In December 2009 Huq won the Best Rising Star Screenplay Angel award at the Monaco International Film Festival for the short story Ahmed and Mildred, which was selected to receive funding from Film London. She co-wrote, with husband Charlie Brooker, the second episode of the Channel 4 anthology series Black Mirror, entitled Fifteen Million Merits.