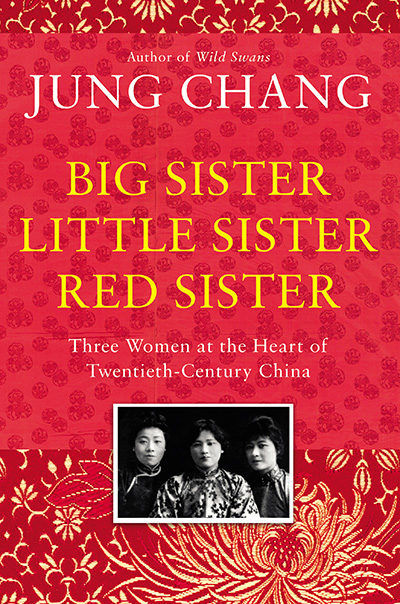 Join Jung Chang, the internationally-bestselling author of Wild Swans, as she relates the incredible story of sisterhood, revolution & betrayal at the heart of her new book, Big Sister, Little Sister, Red Sister. A group biography that is by turns intimate and epic, its subject is the Soong sisters – three extraordinary women who helped shape the course of modern Chinese history.

Red Sister, Ching-ling, married the ‘Father of China’, Sun Yat-sen, and rose to be Mao’s vice-chair.

Big Sister, Ei-ling, became Chiang’s unofficial main adviser – and made herself one of China’s richest women.

A gripping narrative of love, war, intrigue, bravery, glamour and betrayal, Jung Chang takes us on a sweeping journey from Canton to Hawaii to New York, from exiles’ quarters in Japan and Berlin to secret meeting rooms in Moscow, and from the compounds of the Communist elite in Beijing to the corridors of power in democratic Taiwan.