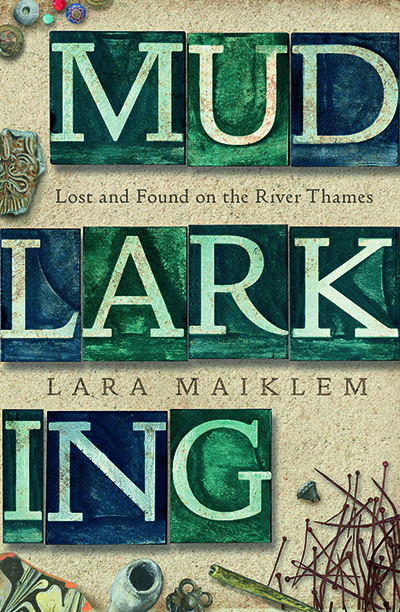 Mudlark (/’mAdla;k/) noun A person who scavenges for usable debris in the mud of a river or harbour

Lara Maiklem has scoured the banks of the Thames for over fifteen years, in pursuit of the objects that the river unearths: from Neolithic flints to Roman hair pins, medieval buckles to Tudor buttons, Georgian clay pipes to Victorian toys. These objects tell her about London and its lost ways of life. Where others only see the detritus of city life, expert mudlarker Maiklem unearths evidence of England’s captivating history, with some objects dating back as far as 43 AD, when London was an outpost of the Roman Empire, up to present day.

For thousands of years human beings have been losing their possessions and dumping their rubbish in the River Thames, making it the longest and most varied archaeological site in the world. Join Lara as she relates the story of our city and its people, through the objects they have left behind, and to see some of the objects she has found on the river and to hear the history behind them.